So ingrained has social media become in our everyday lives that it’s almost hard to remember the world without it.

The point being: There’s still a lot of growing happening for social networks. Sometimes in spurts, sometimes in increments, sometimes with great pains. Just like in life, the early years tend to be the ones where the most significant and accelerated change takes place.

So what will the future of social media look like? Will today’s top networks continue growing? Is there even still room for more growth? In today’s post we’ll attempt to answer those questions by looking at some research findings from eMarketer.

Past and Projected Growth for Five Popular Social Networks

eMarketer’s recent social network usage forecast provides an insightful glimpse of how many Americans are using five of the top social networks—and how those networks will continue to grow over the next five years. This chart shows the estimated growth and percent of the population expected to be using Facebook, Twitter, Instagram, Tumblr and Pinterest through the year 2020:

Key Takeaways on the Future of These Five Social Networks

So what does this chart and some other recent research information from eMarketer tell us about the present and future outlook for these networks? Here are some key thoughts:

As you can see from the chart, Facebook is pretty well saturated with 162.9 million Americans expected to log into the site on a monthly basis this year. While we’re unlikely to see any surging growth for Facebook at this point (it’s been there, done that), the network will reach the major milestone of counting over 50% of the U.S. population as Facebook users in 2016.

Facebook is also still significantly growing its mobile engagement. 86% of U.S. Facebook users will access the platform through a phone this year, with that figure expected to climb to 91% by 2019. Advertising is another area of continued growth for the network. This year, Facebook will capture 73.4% of all social network ad spending in the country—or approximately $9.86 billion.

Twitter has come to something of a crossroads. Its years of double-digit U.S. user growth seem to have passed, signaling the social network has plateaued. As Twitter attempts to increase its ad revenue, the network continues to make tweaks and experiment with new features (potentially even enabling longer tweets) to attract new users.

Despite some growth challenges, Twitter remains a well-known network with a strong mobile presence. This year, 92.3% of Twitter’s users will log on via their phones. eMarketer forecasts that 90% of Twitter’s ad revenues this year will come from mobile.

Instagram (which is owned by Facebook) continues to be the rising star of the social world. The network has seen a huge growth over the past few years—and will continue to grow its U.S. user base by double digits for at least the next two years. eMarketer notes that Instagram’s user base is growing far faster than social network usage in general (15.1% this year compared to 3.1%).

Over the next four years, Instagram will add 26.9 million users—many of them in the coveted Millennial demographic. This year, there will be 48.2 million millennial Instagram users in the U.S. and, according to eMarketer, by 2019 nearly two-thirds of all millennial smartphone users will use Instagram.

Once a rising star of the social world, Pinterest seems to have peaked. The network is still growing, but its growth is leveling off. The days of double-digit U.S. user growth have passed and eMarketer forecasts Pinterest’s U.S. user base will remain under 20% of the population by 2020.

People may still be pinning but they’re not talking about pinning as much anymore. And the marketing conversation around Pinterest is much quieter than it once was. Of course, that “under the radar” vibe may also offer opportunities for brands to better stand out on the network using promoted pins (Pinterest’s advertising option).

Tumblr made a name for itself amongst the 25-34 year old demographic, which makes up a significant portion of its user base. Alas, the numbers indicate the network has limited appeal reaching 6.5% of the U.S. population last year and only expected to grow to 8.8% by 2020.

As we mentioned above, Tumblr and Pinterest were both born in 2010 and—while both networks appear to have plateaued—the numbers are very different. Pinterest currently has over 30 million more users and is expected to add 12 million more users by 2020 versus Tumblr’s 6 million. Without significant changes, Tumblr’s future potential for growth seems limited. 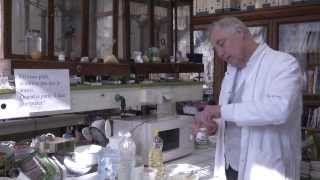